Every other year, EUfishmeal brings its members and associated members together for the bi-annual conference. The location for the conference alternates from member country to member country and after being in Iceland two years ago, this year’s conference was planned for Ireland.

With participants from Denmark, Norway, UK, Ireland, Faroe Islands, Iceland, Germany and Sweden, the whole European fishmeal and fish oil industry was attending this year’s conference. It was four days full of interesting presentations, discussions, networking and exploring both Dublin and the Irish countryside.

See pictures and presentations below and make sure to book week 35 in 2019 for the next bi-annual Conference taking place in Faroe Islands.

Day 1
All 110 members started off in Dublin Wednesday afternoon where the Irish minister for Agriculture, Food and the Marine, Michael Creed TD, opened the conference. He spoke about the importance of the fishing and fish processing sector in Ireland and he reminded us about the possible consequences of the uncertainties surrounding Brexit. Following the presentation by the minister, Donal Buckley, BIM, and Lorcan O Cinneide, IFPEA, gave us an overview of the Irish fishing sector, taking us through both important fishing harbors, the fishing fleet, the fish processing industry and the aquaculture production. Andrew Campbell from the Marine Institute rounded of the Irish perspective by providing an update on the biological status of the most important fish stocks for Irish fishers; mackerel, herring, blue whiting and boarfish.

The afternoon continued with a powerful panel-debate about the future of fishmeal and fish oil in Europe. To get the discussion going we had the pleasure of having the fish feed industry represented. Niels Alsted, FEFAC, outlined how he saw the future for fishmeal and fish oil especially with regard to inclusions rates, quality and price. He explained from a fish feed producer’s perspective, why inclusion of fishmeal and fish oil in aquaculture feed has declined so dramatically over the last 10-15 years. To follow up on this, Odd Eliasen, CEO of Havsbrún, presented the results from a scientific test performed by Nofima on growth rates and feed-composition in salmon, showing better results with higher amounts of fishmeal and fish oil in the feed. The panel also consisted of Dario Dubolino from the DG MARE’s aquaculture division and Egil Magne Haugstad, CEO of Pelagia. Dario Dubolino contributed with some insight in how the Commission works to promote European aquaculture and how they seek to develop sustainability in the aquaculture sector. It was especially interesting for the crowd to hear his response to questions about consumer perception and sustainability of the aquaculture feed, where he also highlighted, that the public must not forget that sourcing of feed ingredients from land based sources should be just as sustainable as fishmeal and fish oil. Egil Magne also had some interesting inputs on the economic side of the use of fishmeal and fish oil in fish feed as well as the economic outlook of the whole industry. In conclusion, he underlined, that fishmeal and fish oil are fantastic products and important in feeding the world healthy fish. It was a good discussion and this new debate-format in EUfishmeal conference terms is surely something that will be repeated in two years.

The evening was spent on Guinness with tours and tasting of the black Irish gold.

Day 2
After spending the morning in busses, we arrived in one of Irelands biggest and most important fishing cities, Killybegs.  After arrival, we had a quick session on the revision of the industrial emissions directive with a presentation from Dr. Germán Giner Santonja from the EIPPCB-office in Sevilla. He elaborated on the Sevilla-process and the importance of being an active part of the revision of the BREF for Slaughterhouses and Animal by-products. After that Jonas Sørensen from the EUfishmeal secretariat presented how EUfishmeal has been and continuously will be working with BREF on behalf of all our members.

Then it was time for one of many highlights of the conference, the factory visit, to UFI Killybegs, where CEO Frank Trearty invited us inside. The factory, which is owned by Pelagia A/S was redeveloped in 2016 and its modern and efficient processing lines really impressed the participants.

The night was spent at Lough Eske Castle where the traditional Gala Dinner was held.

DAY 3
Day three was the day for the more technical part of the conference. However, we started out with a historical look at the pelagic Irish fishing fleet by Francis O Donnell from IFPO. After that, the scene was given to four of our seven associated members. Stefan Kirchner, GEA, began by giving an insight in the processing of insects as a possible competitor to fishmeal. Bent Ludvigsen, Alfa Laval, presented the company and the quality of its products, focusing especially on low-fat fishmeal and the drying & cooling of fish proteins in sterile recirculated air. Stefan Lundgren, Perten Instruments, spoke about NIR as a powerful tool for optimizing the fishmeal process by better analyzing the content of the product in the ongoing process. Finally, Jette Lund Kristensen, Haarslev, rounded things off with an interesting presentation on the so-called X-factor of fishmeal where she urged the producers to constantly gain knowledge about their products and specialize them even more in the years to come.

The afternoon of day three consisted of a technical update from Neil Auchterlonie, IFFO and the annual General Assembly of EUfishmeal. Niels Auchterlonie spoke about the ongoing and important work in IFFO with regulation, media activity and projects. He especially touched upon the re-authorization of ethoxyquin and how the industry should tackle media coverage of misinterpretations of alternative protein sources and antibiotic resistance in fishmeal.

The conference was ended with a traditional Irish pub dinner and the day after most of the participants went to see the Slieve League Cliffs, which are some of the highest of its kind in Europe. The beautiful scenery wrapped up the conference.

The EUfishmeal secretariat would like to thank everybody for participating, both members, associated members and external speakers. The biggest thanks go out to Frank Trearty and his team at UFI Killybegs, who made the conference possible and were terrific hosts.

See more pictures and all presentations at our members page HERE 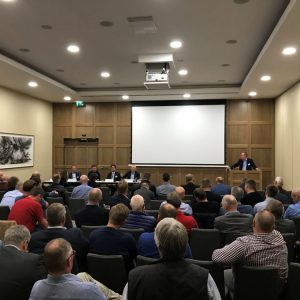 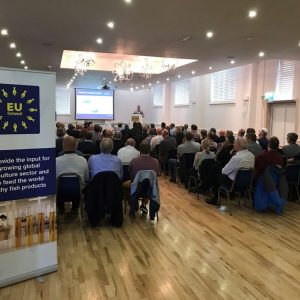 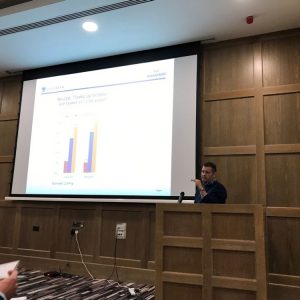 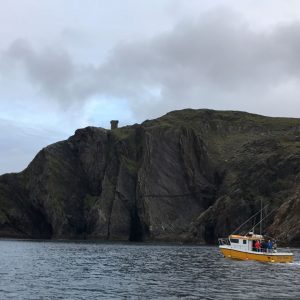 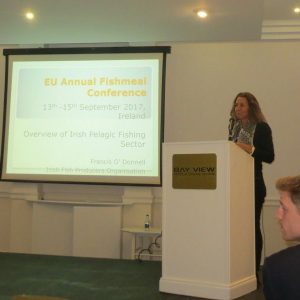 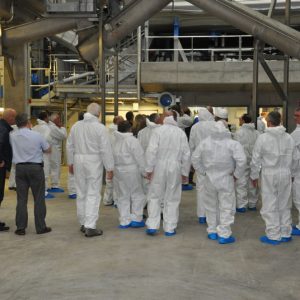 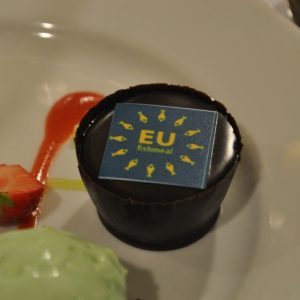 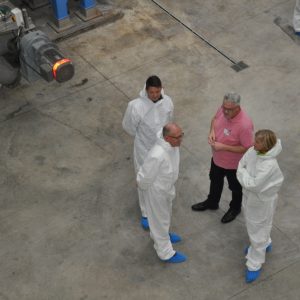 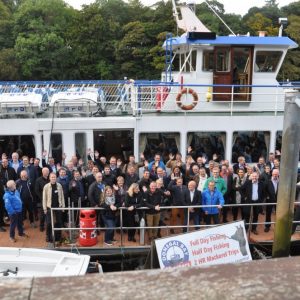