The International Council for the Exploration of the Sea (ICES) provides an annual overview of the status of the fish stocks in the Northeast Atlantic and Baltic Sea.  ICES provides scientific advice to clients on fisheries and marine ecosystem issues. The clients are the EU, governments and international regulatory bodies that manage the North Atlantic Ocean and adjacent seas.

An overview of the latest status of important pelagic fish stocks for fishmeal and fish oil production is shown in the Table below. Detailed information for each fish stock is given in an Excel sheet – click here.

Names of Sub-areas and Divisions of FAO fishing area 27 – see maps of the North-East Atlantic (here) and the Baltic Sea (here). 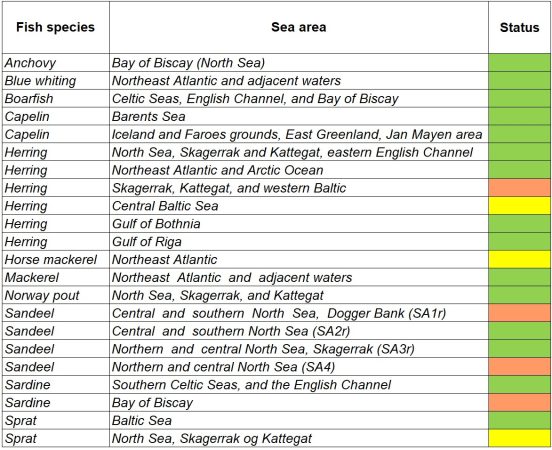 Fisheries in the Greater North Sea catch a large diversity of species. These have been categorized into species that are pelagic, demersal, benthic (e.g. flatfish), crustaceans, and elasmobranchs. Total landings from the Greater North Sea varied between 2 and 3 million tonnes during the 1950s, then rose to between 3 and 4 million tonnes from the late 1960s to the mid-1990s (Figure). High catches of both pelagic species (mackerel and herring) and demersal species (cod and haddock) accounted for the increase in total landings in the late 1960s. Total landings declined after 1995 to a low of 1.4 million tonnes in 2012. This decline is attributed to overfishing and decreased productivity of important stocks such as cod and herring, but also to the successful reduction of fishing mortality to more sustainable levels after 2000. 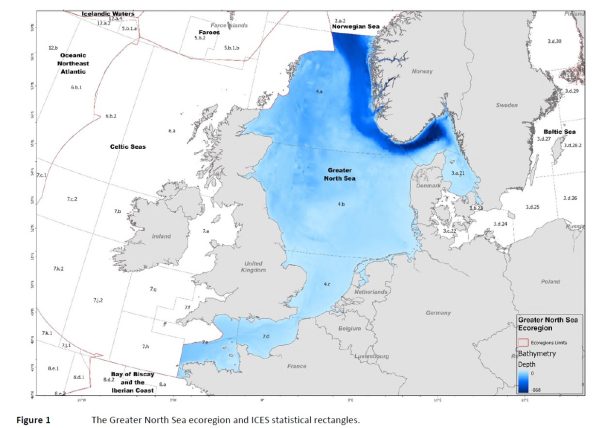